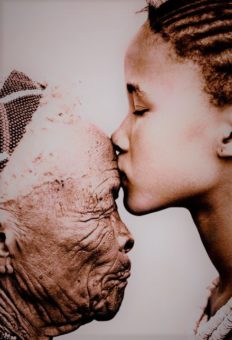 But you, explain what kind of behavior goes along with sound teaching. Tell the older men to be serious, sensible, self-controlled and sound in their trust, love and perseverance.

Likewise, tell the older women to behave the way people leading a holy life should. They shouldn’t be slanderers or slaves to excessive drinking. They should teach what is good, thus training the younger women to love their husbands and children, to be self-controlled and pure, to take good care of their homes and submit to their husbands. In this way, God’s message will not be brought into disgrace.

Similarly, urge the young men to be self-controlled, and in everything set them an example yourself by doing what is good. When you are teaching, have integrity and be serious; let everything you say be so wholesome that an opponent will be put to shame because he will have nothing bad to say about us. Complete Jewish Bible

Sound doctrine for older men, older women, younger women, young men and bond servants, reflects the duty of everyone in the church.

Sound. Meaning healthy – Paul uses this word nine times in the pastoral epistles, five times in Titus, always in the sense that the truth produces spiritual well-being. The “things” Paul mentions in verses 2 – 10 pertain to truths, attitudes, and actions that correspond to and are based on biblical truth. In order not only to please God, but to have an effective witness to unbelievers, God’s people must know the truth that leads to spiritual health.

Older men. Paul used this term for himself when he was over 60. It refers to those of advanced age, using a different term from the one translated “elder”. Reverent. This requirement is not limited to reverence for God, which is assumed, but also refers to being honorable and dignified. They are to be sensible and spiritually healthy.

Older women. Those who no longer had child-rearing responsibilities, typically around age 60. Reverent. Not slanderers. A term used 34 times in the New Testament to describe satan, the arch-slanderer. Good things. Those that please God. Their own examples of godliness give older women the right and the credibility to instruct younger women in the church. The obvious implication is that older women must exemplify the virtues that they admonish. Like the other virtues mentioned here, this one is unconditional. It is based on God’s will, not on a husband’s worthiness.

Keeping a godly home with excellence for one’s husband and children is the Christian woman’s non-negotiable responsibility. The ideas of radical feminism were an integral part of ancient Babylonian and Assyrian mythology as well as of Greek gnosticism, which flourished throughout the Roman Empire during New Testament times and posed a constant danger to the early church. Modern feminism is neither new nor progressive; it is age-old and regressive.

Not be blasphemed. This is the purpose of godly conduct to eliminate any reproach on Scripture. For a person to be convinced God can save from sin, one needs to see someone who lives a holy life. When Christians claim to believe God’s Word but do not obey it, the Word is dishonored. Many have mocked God and His truth because of the sinful behavior of those who claim to be Christians. The purpose of Godly living is to silence the opponents of Christianity and the gospel and make the power of Christ believable. Bible Footnotes