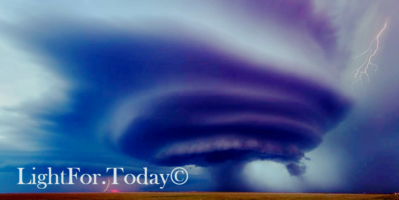 For the wrath of God is revealed from heaven against all ungodliness and unrighteousness of men, who suppress the truth in unrighteousness, because what may be known of God is manifest in them, for God has show it to them. For since the creation of the world His invisible attributes are clearly seen, being understood by the things that are made, even His eternal power and Godhead, so that they are without excuse, because, although they knew God, they did not glorify Him as God, nor were thankful, but became futile in their thoughts, and their foolish hearts were darkened. Professing to be wise, they became fools, and changed the glory of the incorruptible God into an image made like corruptible man – and birds and four footed animals and creeping things. NKJV

This is not about an impulsive outburst of anger aimed capriciously at people whom God does not like. It is the settled determined response of a righteous God against sin being revealed. More accurately, “being constantly revealed.” The word essentially means “to uncover, make visible, or make known.” God reveals His wrath in two ways: 1. indirectly, through the natural consequences of violating His universal moral law, and 2. directly through His personal intervention. The most graphic revelation of God’s holy wrath and hatred against sin was when He poured out divine judgment on His Son on the cross. God has various kinds of wrath: eternal wrath, which is hell, eschatological wrath, which is the final Day of the Lord, cataclysmic wrath like the flood and the destruction of Sodom and Gomorrah, consequential wrath, which is the principle of sowing and reaping, and the wrath of abandonment, which is removing restraint and letting people go to their sins. Here, it is that fifth form, God’s abandoning the wicked continually through history to pursue their sin and its consequences of ungodliness. This indicates a lack of reverence for, devotion to, and worship of the true God, a defective relationship with Him, unrighteousness. This refers to the result of ungodliness, a lack of conformity in thought, word and deed to the character and law of God that suppresses the truth. Although the evidence from conscience, creation and God’s Word is irrefutable, men choose to resist and oppose God’s truth by holding fast to their sin.