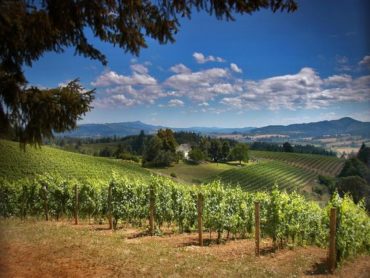 A Psalm of David:

I am singing of grace and justice;
I am singing to you, Adonai.
I will follow the path of integrity;
when will you come to me?
I will run my life with a sincere heart
inside my own house.
I will not allow before my eyes
any shameful thing.
I hate those who act crookedly;
what they do does not attract me.
Deviousness will depart from me;
I will not tolerate evil.
If someone slanders another in secret,
I will cut him off.
Haughty eyes and proud hearts
I cannot abide.

I look to the faithful of the land,
so that they can be my companions;
those who live lives of integrity
can be servants of mine.
No deceitful person can live in my house;
no liar can be my advisor.
Every morning I will destroy
all the wicked of the land,
cutting off all evildoers
from the city of Adonai.

This Davidic psalm expresses the righteous commitments of the mediatorial king David to his eternal king the Lord in regard to his own personal life and the lives of those who inhabit the kingdom. Possibly, this psalm, was used later, at the coronations of future kings over Israel. Ultimately, only King Jesus would perfectly fulfill these holy resolutions. As the king goes, so go his followers. This is not an eschatological expectation, but rather a personal expression of David’s need for God’s imminent involvement in his earthly kingship. The king first starts with his own personal life and then looks beyond to his kingdom. The king desires to look at nothing but that which is righteous. The king will not engage in wickedness. Neither character assassination nor pride will be tolerated in the kingdom. A premium is put on truth as foundational for a kingdom associated with the God of truth. NKJV Footnotes

David is declaring you Adonai have bestowed grace on me, so I will sing praises onto you. CJB Footnotes