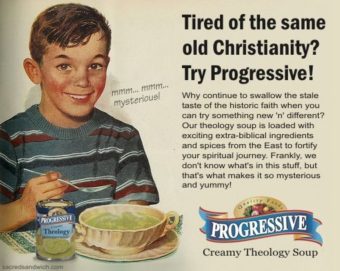 Woe to the Scribes and Pharisees
Then Jesus spoke to the multitudes and to His disciples, saying: “The scribes and the Pharisees sit in Moses’ seat. Therefore whatever they tell you to observe, that observe and do, but do not do according to their works; for they say, and do not do. For they bind heavy burdens, hard to bear, and lay them on men’s shoulders; but they themselves will not move them with one of their fingers. But all their works they do to be seen by men. They make their phylacteries broad and enlarge the borders of their garments. They love the best places at feasts, the best seats in the synagogues, greetings in the marketplaces, and to be called by men, ‘Rabbi, Rabbi.’ But you, do not be called ‘Rabbi’; for One is your Teacher, the Christ, and you are all brethren. Do not call anyone on earth your father; for One is your Father, He who is in heaven. And do not be called teachers; for One is your Teacher, the Christ. But he who is greatest among you shall be your servant. And whoever exalts himself will be humbled, and he who humbles himself will be exalted.

“Woe to you, scribes and Pharisees, hypocrites! For you travel land and sea to win one proselyte, and when he is won, you make him twice as much a son of hell as yourselves.

“Woe to you, scribes and Pharisees, hypocrites! For you pay tithe of mint and anise and cummin, and have neglected the weightier matters of the law: justice and mercy and faith. These you ought to have done, without leaving the others undone. Blind guides, who strain out a gnat and swallow a camel!

False Prophets – A prophet who is not a member of the new creation priesthood of Jesus Christ, one who prophesies and performs prophetic functions on behalf of the devil, even if in the flesh. According to the Bible, false prophets speak in the name of another god. They prophesy from their own resources, namely their own hearts, and ordinarily are motivated by private aim and selfish ambition. They are of the Balaam order of prophetics where money for propheysying, a diviner’s fee, is the only way they will give the word of the Lord. The magnitude of the word is in direct proportion to the amount of money a hearer presents. They require gifts in advance of their words to assure the word does not predict a more valuable return to the hearer than the gift is worth.

Most false prophets today are recognized as messengers who never teach from the Bible, bring words that are decidedly occultic and New Age, and have no balanced scriptural substantiation for the things they say.

False prophets follow after their own spirits and not the spirit of God. Today false prophets operate the same way, except now, added to their deception is the rejection and renunciation of the salvation and redemption of the Lord Jesus Christ. False prophets, like psychics, also encourage immorality or support it as offerings to the demon spirits and undergirding their work. They explain away fornication and adultery because they are presented to their seducing devils as ritual sex. They are also interested in giving prestige, money, wealth, and power in return for apostasy, reprobacy, and perversion. This is the same type of exchange the devil tempted Jesus with by bowing down and worshipping him.
The Prophet’s Dictionary by Dr. Paula A Price PhD