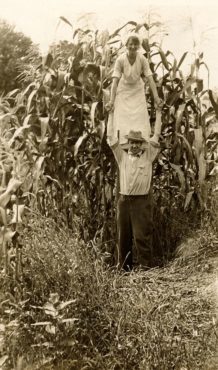 For the leader. A psalm of David. A song:

To you, God, in Tziyon, silence is praise;
and vows to you are to be fulfilled.
You who listen to prayer,
to you all living creatures come.
When deeds of wickedness overwhelm me,
you will atone for our crimes.

How blessed are those you choose and bring near,
so that they can remain in your courtyards!
We will be satisfied with the goodness of your house,
the Holy Place of your temple.
It is just that you answer us with awesome deeds,
God of our salvation,
you in whom all put their trust,
to the ends of the earth and on distant seas.
By your strength you set up the mountains.
You are clothed with power.
You still the roaring of the seas,
their crashing waves, and the peoples’ turmoil.
This is why those living at the ends of the earth
stand in awe of your signs.
The places where the sun rises and sets
you cause to sing for joy.

You care for the earth and water it,
you enrich it greatly;
with the river of God, full of water,
you provide them grain and prepare the ground.
Soaking its furrows and settling its soil,
you soften it with showers and bless its growth.
You crown the year with your goodness,
your tracks overflow with richness.
The desert pastures drip water,
the hills are wrapped with joy,
the meadows are clothed with flocks
and the valleys blanketed with grain,
so they shout for joy and break into song.
Complete Jewish Bible

The songs of praise for Israel in Psalm 65 are set in Tziyon (Zion or Jerusalem). First, God will hear Israel’s prayer and forgive their transgressions. Second, the one chosen by Adonai (God) will be blessed. Third, God will rescue Israel and answer their prayers by means of his “awesome deeds”. Fourth, Adonai is Israel’s strength and creator, the one in whom the faithful can be confident, he is a good God who cares for the Land of Israel and all that is in it.Complete Jewish Bible Footnotes

Israel: A.) The name of the Most High’s national country. B.) The name for the twelve tribes born from Jacob, Isaac’s son and the firstborn of Abraham and Sarah in their old age. Jacob, whose original name means “supplanter,” was renamed after a strenuous battle with the angel of God assigned to his success and eventual rise to power and acclaim. Jacob, by way of his two wives and their two maids, fathered twelve sons and one daughter, Dinah. The name Israel means “prince of God” according to Genesis 32:28 and “God prevailed.” In Genesis 35:10, it is established custom for the day that the progenitor’s god gave them a covenant name. Any time a deity seized a human for his or her use and intended for that use to be perpetual, the name of the one chosen was changed to break their ties and identity with their previous life and family and to forge the person into the lineage of the god that called them and presumably gave them life. The name Israel comes from the Hebrew “sarah”, which means “to prevail as a prince, one who has the power of the prince.” It conveys the idea of one in authority persevering until triumphing. Its ending, means “to prevail with God or as with the strength of God.” It further means to be might, strong, and powerful in nature as a result of one’s union with one’s god. Together the two meanings boldly declare what the Lord did with Jacob and meant to do with Israel, his offspring. Deuteronomy shows that these meanings are proposed in the context of spiritual and material power and dominance. There the Lord says that He will make Israel, His national people, high above all nations. The word for high there is “elyown”. It is understood as the title of the Supreme deity and is applied to Davidic kings, the highest God, the Most High, God’s name as well as His rulers, angelic or human. In the same way that Yahweh made Moses as god to Pharoah, Israel was made “elyown” to the nations of the world. The Prophet’s Dictionary By Paula A Price Phd.